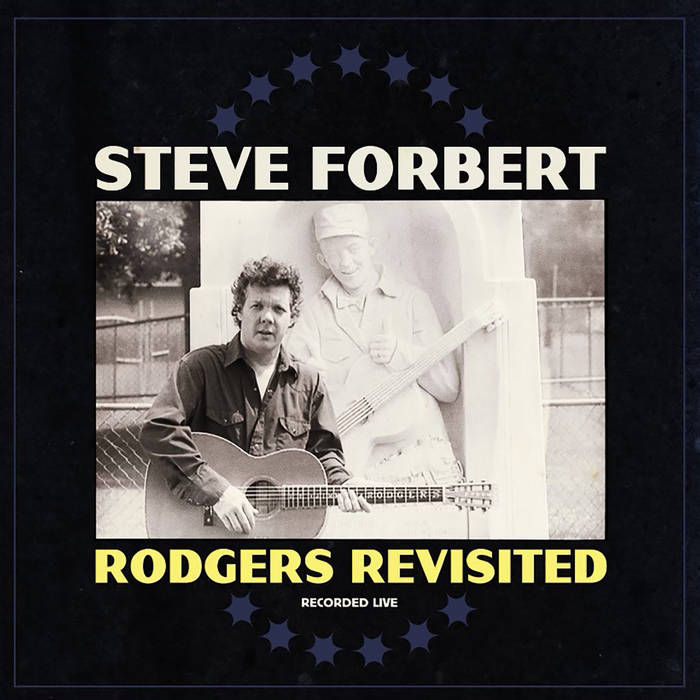 Various Jimmie Rodgers songs have been included in my live shows over the last forty-five years, especially since my 2002 tribute to him called Any Old Time. You'll find his songs on many of my live CDs, including Best Of The Downloads Volume 1, Live in Bethlehem and Don’t Look Down. The tracks in this collection span four decades.

The other selections were recorded in venues all over the United States. The two recordings from January of this year feature George Naha on guitar and Todd Lanka on bass.

While locating these various soundboard tapes, I came across studio demos Garry Tallent and I did back in 2002 before recording Any Old Time. Seven of them seemed good enough to add here. That’s Garry on upright bass, electric guitar and banjo.

These songs, all made famous by Jimmie Rodgers over 85 years ago, still stand tall as enduring “copyrights” well worth revisiting today.

How special was Jimmie Rodgers? I think of Jimmie Rodgers as being supernatural. There's a transition that followed the death of his and Carrie's second child. As Nolan Porterfield wrote, he "worked his way west, riding any line that beckoned. After several months of this helter-skelter existence, he came home again, nursing a bad cold and a hacking cough." Soon after that he was in Asheville and very near being discovered. I envision some sort of connection with The Almighty taking place out on the windswept winter plains.

How does a guy with tuberculosis obtain stardom as a yodeler? How did a hillbilly guitar picker transform himself into a "country music superstar" when, in fact, there wasn't even such a thing to aspire to?

Consider the now-classic songs that came his way, many of them written by his sister-in-law, a few by musicians he happened to encounter immediately before recording sessions, several from a prisoner in the Texas State Penitentiary —and those he himself wrote. Consider his love of the flashy Western clothing that became a staple in the genre for the next 70 years. Consider the happy-go-lucky, “likable bad boy” (Rock star? Country outlaw?) image he cultivated for himself.

Jimmie Rodgers sold over 10 million records at a time when such totals were rare for any musical style.

How special was Jimmie Rodgers? Let's quote Elsie McWilliams: "No one has ever seemed to understand the spirit behind the songs and make them reach the hearts of the people like he did."

Singer-songwriter Steve Forbert had his first major hit in 1979 when he was only 25 years old, shortly after moving to New York City from his hometown of Meridian, Miss where he had been working as a truck driver Thirty-plus years later, he’s still writing acclaimed songs and has released 14 studio albums, including a Grammy-nominated tribute to another Mississippi legend, Jimmie Rodgers. ... more

Bandcamp Daily  your guide to the world of Bandcamp

Featured sounds by K.Spark and WIZDUMB, plus Basi joins the show to discuss his latest release.